This blog article outlines my reflections on the conference held in Edinburgh (12 – 14 October) and how the proceedings and discussions helped find opportunities for new research into older people and neighbourhoods.

The MMP project, principally led and managed by Edinburgh University between 2013 and 2016, comprises three work packages:  (1) co-created environments ; (2) environment and affect and (3) life course of places, health & mobility. These themes shaped the structure of the conference, such as the choice of presentations over the Wednesday and Thursday and how the group was split into three themed workshops [one of which pictured above] on the Friday morning and early afternoon. In the same manner this blog article triangulates around three headings: emerging research themes; implications for methodology and dissemination.

The message coming through from the plenary and key note speakers was that people are really starting to take note that we are living in a World where the population is ageing. Gloria Guttman explained well how the challenges of the ageing population being taken seriously in policy and academia. However, she questioned ‘universal solutions’ and asked whether it was too much to make all places ‘age friendly’? Gloria has a good point if we judge by the broad range of approaches coming through from this conference alone.

From the perspective of a fast-growing city such as Melbourne in Australia, Billie Giles-Corti offered ideas about the need to increase density within new developments. From a different position in an established British city, Ian Scott – an architect and academic who is part of the MMP research team – showed that Manchester had a certain ‘urban archaeology’ and a capacity to adapt ‘old infrastructure’ such as old railways and canals to new demands. Without doubt the links are being made from place-based research to health policy, with Billie Giles-Corti excited that the World Health Organisation is now taking notice of the cross-over with urban design. Sarah Davidson explained from her position as Director General Communities at Scottish Government that there is a ‘place standard’ in Scotland: a shared toolkit between architecture and NHS Scotland.

Through this atmosphere of exciting ideas I felt that Jamie Pearce’s work on the lifecourse of places offered the opportunity for a concentration of new research. For example, he talked about the material of places: ‘collective social functioning’ which mediate life. To really understand this he argued that it was important to take something of a historical perspective to track both places and people over time: being in Edinburgh helped to illustrate the point as the city has significant records such as the 1948 Edinburgh Civic Survey and the data from the Lothian Birth Cohort. The MMP project has started to map a time series of factors such as household type, levels of traffic accidents and number of alcohol vendors in the city. Overlaying biographical elements of where people lived at certain times in their lives should help to find relationships between place and wellbeing. Though such rich data will not be available to all places, other presentations at the conferences – such as by Lucia Martincigh for Testaccio in Rome – suggests that these ideas are starting to spark the imagination.

The MMP work packages – with links at the top of this blog – used different approaches and methods for research. For example work package one used walking interviews and gave people the chance to sketch and draw as they created new design proposals. With work package two, EEG headsets were used as a way of interpreting emotional and affective response to environments. Whilst the methods for the first package led to the concise and visual ‘A-Z of Co-Design’, I did question why the EEG research focused so much on the difference between urban green space and the urban built environment. Fortunately I was not alone in thinking this way and other people asked the question ‘why green space vs urban’ during the conference.

Perhaps there is a lot more to the discussion about green space than meets the eye; parks are often politicised and people have campaigned for them over the years. In a historical sense this is backed up by the 1948 plan for Edinburgh which shows that many of the great open spaces in the centre of Edinburgh would have been removed by now to leave only Holyrood Park [a hilly area from where above image of Edinburgh was taken]. Bringing us back to today’s context of austerity – and the stripping-down of the local authorities who look after parks – I can see why these arguments are being made and why this research is useful.

As I wrote in my previous blog, I am a built environment practitioner who has made the move to academia to pursue a PhD. It was interesting to see that two of the key players in this field of research had roots in urban and landscape design and architecture: Catherine Ward-Thompson and Sarah Wigglesworth. Many of the other researchers I met had also worked in practice. Knowing how the pressure of finance, legislation and power often complicate a good idea should help to make the outcome of research better.

Meeting the Causey Development Trust showed potential for rich collaboration between research like the ‘A-Z of co-design’ and practical projects. Since 2007 this voluntary group have been working on a scheme to reclaim ta historic part of Edinburgh’s urban infrastructure for the people. Isobel and Alison explained how the group had used imaginative means to trigger both the recollections of older residents and the imagination of young people – including light sculptures, the temporary turfing over of the roads and dressing road signs as palm trees. They have a very broad base of community support behind their workable plan and are now looking for the implementation funds. They say that all help and advice is welcome so do get in touch!

The conference really outlined the case for crossovers between the fields of ‘placemaking’ and gerontology. Billie Giles-Corti gave a global perspective on how the median age is going up virtually everywhere in the World and Gloria Guttman showed the trajectory of the study of gerontology. Being based in Britain, where we don’t have many large cities – or cities which seem to be growing quickly as they are in Melbourne or China – does provide perspective for organisations like the BSG and researchers in the UK. However, we have a lot of data about the lifecourse of how people and places have developed so we are perhaps in a unique position. We also have committed people within community-based organisations like the Causey in Edinburgh [pictured below] who want to take a lead in making places age friendly for their own localities. 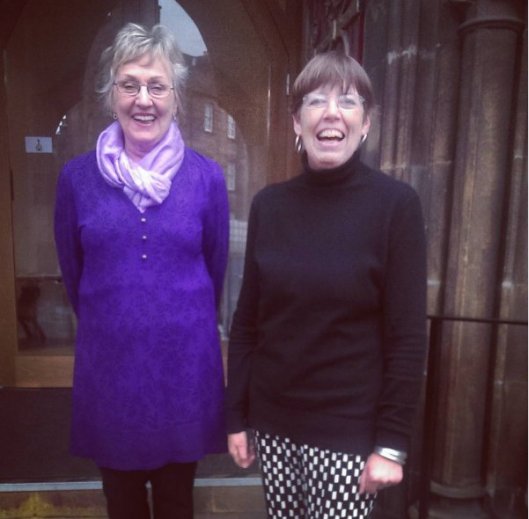 I am grateful to the conference organisers for such a stimulating experience. Thanks also for the conference fee and travel expenses to Swansea University and also to my sister-in-law for the accommodation!

Please note that the views expressed on this blog are the views of individual members of the British Society of Gerontology, and do not represent the views of the Society, or any part of the Society. This is a space for debate and discussion by the many academics, professionals and people with an interest in ageing issues that form the membership of the BSG. If you are a member of the BSG and would like to be added as a blog author, please contact info@britishgerontology.org